How to Get Better at Picking Creative Ideas 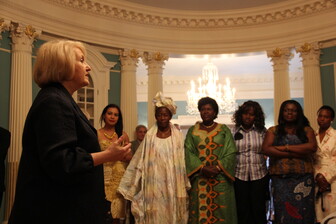 Justin M. Berg, assistant professor at Stanford University Graduate School of Business, investigates an understudied part of the creative process in a new paper that appears in Organizational Behavior and Human Decision Processes.

Berg conducted five experiments in which participants tackled creative projects, like devising an innovative piece of fitness equipment or a mechanism to keep people from falling asleep in self-driving cars.

He tested how well people were able to assess the potential creativity of their ideas. Berg found when participants spent only a little time developing their ideas, their predicted rankings remained correct. When they spent more time fleshing out their ideas, the idea they thought was their second best actually finished the highest in creativity.

Researchers also asked independent raters to judge how abstract each idea was. Berg found that the ideas initially ranked second in terms of creativity were also more abstract than the ideas ranked first.

Taking cue from the study, Berg offers simple takeaways when developing new ideas when opting for initial ideas that are more concrete, developing two rather than one idea to maturity, and not sharing a more abstract idea unless there is certainty in it.

Community-Based Learning Gets Official Designation
The University of Wisconsin-Whitewater campus will have a new letter designation coming in the fall about what courses are community-based and what they entail. According to Kate Ksobiech, an...more

Cause ArtistÂ lists down the five health startups that are changing peopleâs views about health and wellness. These startups made use of their creative juices, and with tech know-how, have developed solutions to solve some of the worldâs most complex health issues.