The Erie Community Foundation traces its history back to 1935 when Elisha H. Mack, co-founder of the Boston Store, created a charitable endowment fund. From 1935 to 1969, that sole fund fueled regional philanthropic efforts. However, after the tax reform act of 1969 created important distinctions between private foundations and public charities, Mr. Mack's fund was transformed into a public charity, The Erie Community Foundation, a process finalized in 1971.


Today, the foundation is constantly expanding its collection of nearly 500 different endowment funds, all created locally. Some funds are established during a donor's lifetime, others via a bequest. A number of local nonprofit organizations have also chosen to build endowments under the administrative umbrella of The Erie Community Foundation.
Web Address 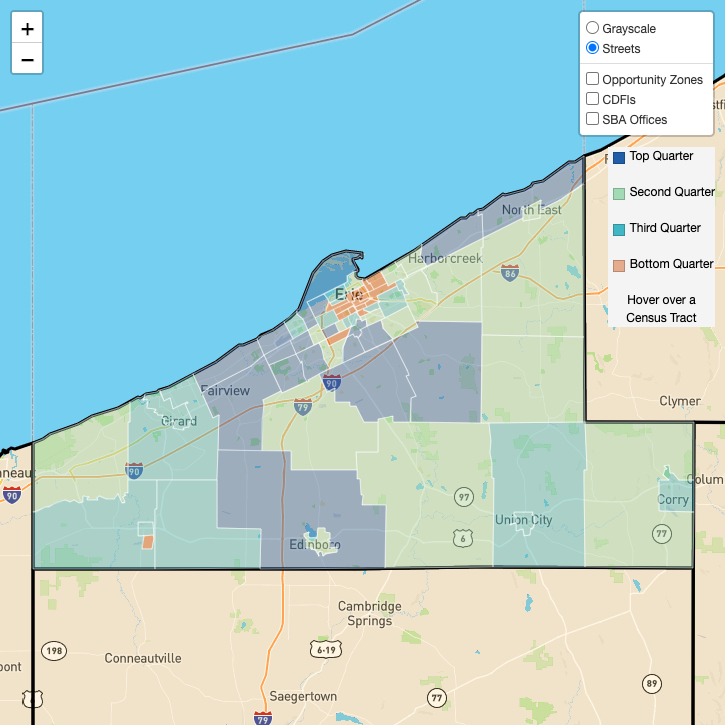 Equal Treatment for the LGBT Community Can Spur Economic Development

From the report issued by the Erie Times-News and GoErie: What we can learn by looking back to 2021 is that Erie is forging its own tale, one that seems to be unattached from the past and from the...more

Funded initially by a $6 million grant from the Erie Community Foundation, the institute resides in four areas of Magee-Womens, UPMC...more

Karen Bilowith, CEO of the Erie Community Foundation sees Erie with a once-in-a-lifetime...more

What has already been a good way for the expERIEnce Children's Museum gets even bettter. On Friday, it was announced that the Erie...more

When Erie Was the Freshwater Fishing Capital of the World - Events
Foundation: Erie Community Foundation

Erie Community Foundation. What do you think? Open Menu. Have you recently experienced limited or erratic hours of operation at the businesses...more

In our roles at the Erie Community Foundation and Greater Erie Economic Development Corporation (GEEDC), we see this incredible, deep-rooted...more

Children in one Erie neighborhood are now more prepared for winter after receiving coats from a local non-profit. The Erie Community...more

Stemming from a Kickstarter campaign, a recycled water bottle roof would provide shelter for disaster victims in light of the recent devastation caused by Typhoon Haiyan in the Philippines.


How's Your Community Doing?
Check Out it's
Community Vital Signs