The concept for organizing a community trust for Lincoln and Lancaster County, now known as the Lincoln Community Foundation, became reality due to the interests of family members, Thomas C., Frank, and Henry Woods, who strongly believed that the creation and operation of such an entity would constitute a powerful force for the good of the Lincoln community. The Woods' great affection and interest in the welfare of Lincoln urged the family to give every cooperation to see to it that a way was provided for Lincoln citizens to make charitable gifts with the certainty that their intentions would be permanently observed no matter how conditions or needs changed.
Web Address 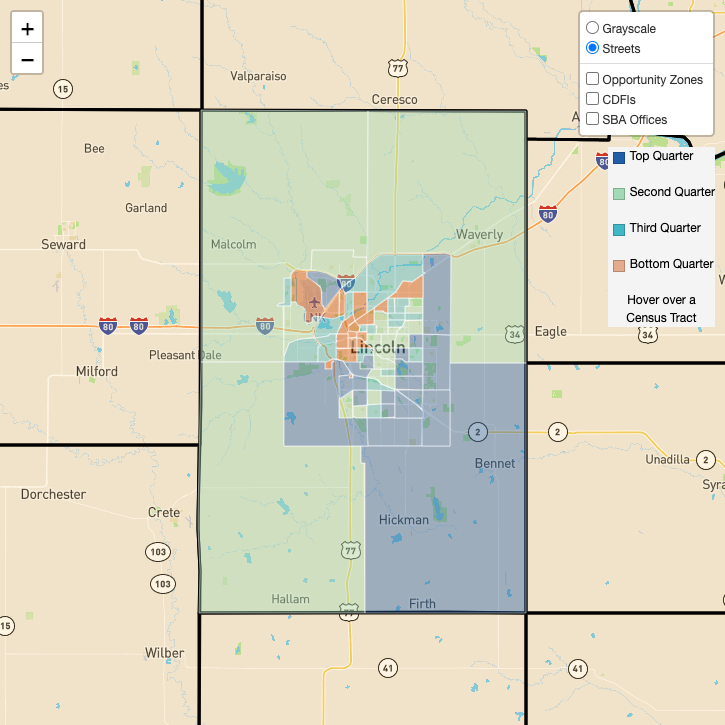 Effect of Transcendental Meditation on Teacher Stress and Burnout

A Second Look at Kinship Care

This spring, they will be honored with the 2022 Charity Award at the Lincoln Community Foundation's annual Donor Recognition...more

Lincoln Community Foundation, in partnership with Lincoln Littles and Nebraska Children and Families Foundation, will host the fourth...more

Retiring as president of the Lincoln Community Foundation at year's end, Barbara Bartle leaves behind more than a decade of vast...more

A Creative Journey of Understanding from a Social Entrepreneur

Russell James, a famed fashion photographer, started Nomad Two Worlds (N2W), an idea that stemmed from Russellâ€™s Australian roots where he witnessed the culture clash between the Indigenous and non-Indigenous people in Australia.


How's Your Community Doing?
Check Out it's
Community Vital Signs